On a dark and rainy October day, the Anacortes Museum - located in the historic Carnegie Library - can feel imposing. A long flight of stairs is flanked at the top by after-life-like murals of steel tycoon Andrew Carnegie and Anacortes’ first librarian, the stern looking Luella Howard. The original old door sounds a special wavering “creak” which varies and sustains seemingly for each of its 105 years. If you were searching for ghost stories, you’ve come to the right place, home to lonely foghorns, headless mannequins and tales of the past. 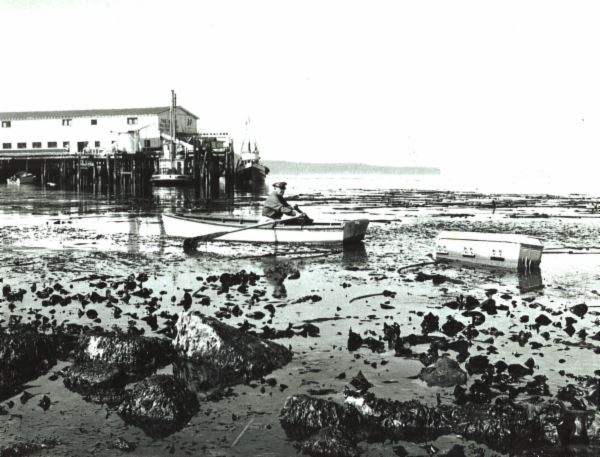 A generation ago, there were quite a few abandoned or dilapidated structures that captured the imaginations of kids. Most have been burned or demolished, but still linger in memory. Two historic buildings downtown that inspired fright were the Anacortes Hotel at 8th Street and J Avenue. Built in 1890, it had faded into disrepair and lost its top two stories after fifty years. The Opera House on 6th Street also generated rumors. Go back a bit further and the grandparents of today will tell you about the boarded-up “Castle” at 32nd and H Avenue. A more recent contender was the Townsend Hall, located at 12th and O Avenue and engulfed in blackberry bushes. 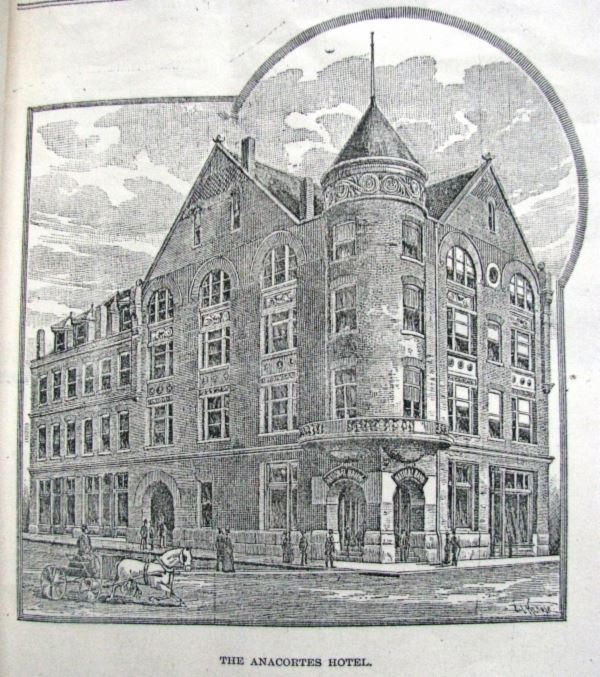 Some will tell you stories of how they broke in and explored these “haunted” buildings. Others will call them liars, claiming no one would live to tell if they’d crossed that threshold. Stories that creep up on the Halloween theme tell of ghosts in a local restaurant that was once a funeral home, or of the coffins (empty, so they say) that slipped off of a boat and washed up on the shores of Fidalgo Island. You might hear of “upside-down” trees near the cemetery, in the overgrown yard of its former owner. You may hear of the Woodbury murder over 100 years ago, when a local lawyer stepped in front of a bullet meant for Anacortes American editor Douglass Allmond. And you probably didn’t know that retired Anacortes American publisher Wallie Funk started an underground newspaper while an A.H.S. student called the Ghost Sheet, initially advocating for more dances at the high school and promising to question authority and its questioners. 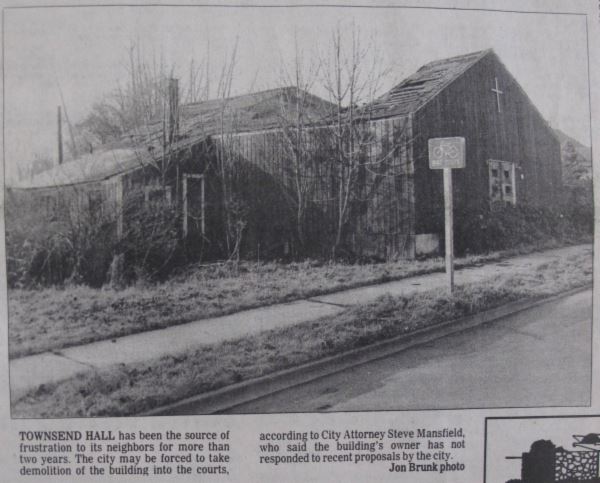 One ghost story that isn’t frightening is the so-called “ghost sign” that was visible on the north wall of Calico Cupboard at 9th and Commercial. Ghost signs are followed nationally (google it) and appreciated as historical advertising art. Fittingly, it was mural artist Bill Mitchell who sleuthed out the origin of this ghost sign mystery when he came across a photo of a Cremo Cigar sign and noticed the similarity to our sign. For structural reasons, the ghost sign was bricked-over, which perhaps makes it spookier in a Tell-Tale Heart/Edgar Allan Poe sort of way. 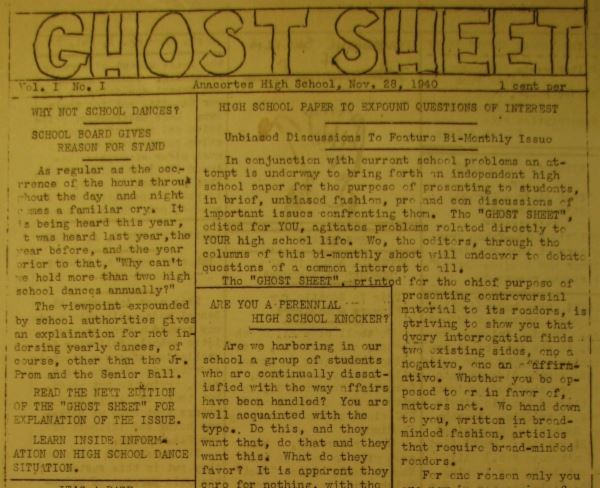 By Bret Lunsford – written (before the ghost sign was bricked over) in response to a research request from a student in the Anacortes High School videography class who was preparing for a spooky segment of their television show: The Rock. Photographs and images courtesy of the Anacortes Museum. 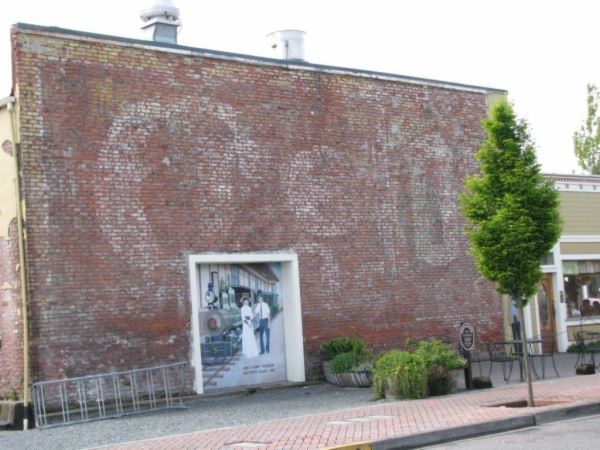