Watch a Movie Clip of the Festival in the 1970s

A visit to the Arts Festival website relays how this celebration originated: “The Anacortes Arts and Crafts Festival got its start in 1962 as the brain-child of Dr. Jack Papritz and a group of dedicated community arts patrons. The idea came from Dr. Papritz’s European travels, specifically the Parisienne Montmartre – a French open-air cafe.”

Pictures of the Past

For a deeper telling of the story, we refer to Wallie Funk’s new book, Pictures of the Past, and his description of a group discussion at a local restaurant in the early 1960s (this article was published in the Anacortes American on July 31, 1996):

Dr. Jack and Maria Papritz were there, and Jack sunk his teeth into a “morsel” that caught everyone’s attention. We had to admit, however, as a third-generation descendent of the cannery, lumber and pulp “culture,” our tastes had been shaped by the awesome handicraft and color of the Anacortes Veneer float in the Marineer’s Pageant procession — a work of art as parade entries go and consistently “Best of Show.”

“Why not an arts and crafts festival … as they have all over Europe?” Jack tossed out as a thought.

A couple laughed (although politely) at the idea. A few tried to visualize it competing with the acrid gases of the pulp mill. But the forward-looking seated there began diagramming ideas on available paper napkins. 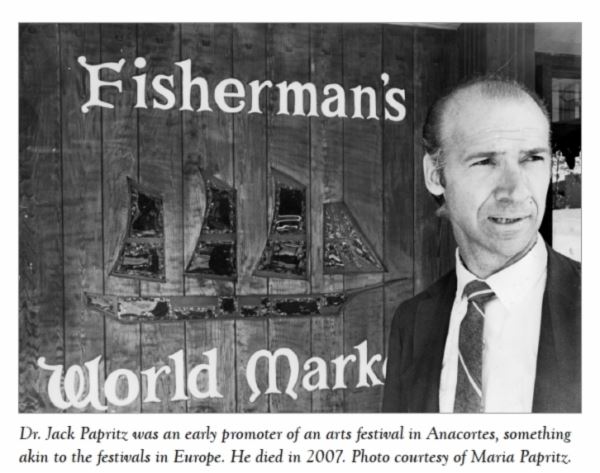 Its history of growth, change, leadership, direction, variations on themes (established and overhauled or eliminated), expanding crafts, a spectrum of live entertainment (indoor, outdoor, stationary and roaming), becoming a financial support arm to offshoot-but-related projects, has won it recognition as one of the Northwest’s foremost arts and crafts presentations.

Introduction of the idea for Anacortes Arts and Crafts Festival No. 1 took place around a couple tables at Perry’s Skyline Restaurant. There followed a series of informal, and then increasingly formal, meetings as excitement for the festival began to build. In the beginning there was more enthusiasm than background, but for desire to put all the pieces together and get on with it, festival founders earned themselves an A-plus. It was then when all their ducks were in order, Papritz took the proposal to the town Chamber of Commerce to request their endorsement and, to the limit to which they were able, the civic group’s sponsorship.

On February 26, 1962, the C of C heard Papritz out and the majority of those present (it was not unanimous) voted in favor of the festival - but not without some reservation. Anacortes’ reputation was not as the art capital of the world. Papritz leveled with the group: It was that more than a supportive “aye” was necessary. The organizers who were touting the festival needed start-up money.

That almost aborted the plan because the chamber budget, according to then-president Palmer Swenson, local automobile dealer, was a little tight on “disposable income” itself. The membership committed to $300, however, assumed the sponsorship for the first year, and with that the AACF was born.

As is inevitable when proposals of that magnitude are made, Papritz was given the brass ring. He was named General Chairman for his trouble, under the umbrella of the C of C.

The dates were set for July 14 and 15, which research indicated offered the best chance of clear, sunny skies, which was vital to this outdoor show. 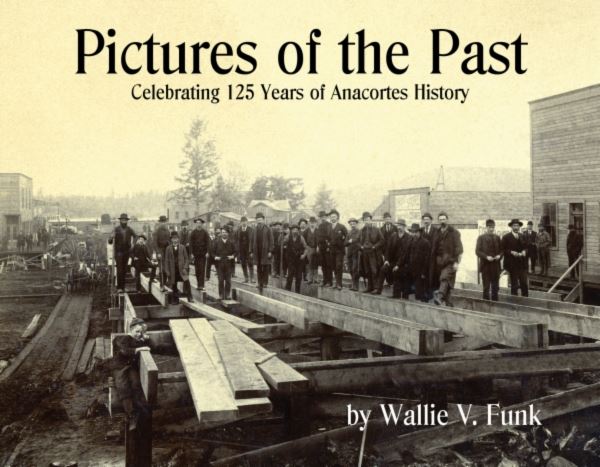 It was decided to convert two blocks of Commercial Avenue into a mall, closed to vehicular traffic during the run of the festival. Not all business operators in that designated area turned handsprings, but for the most part those who would have approved it being relocated to Papritz’s front yard conceded without gunshot. An ant-hill of volunteers pitched in to convert the blocks from Eighth to Sixth on Commercial into a mall with 28 A-frames of two-by-fours, plywood and coarse-cloth awning needed to display and protect the works of art. At the intersection of Seventh and Commercial, a 20-by-20-foot fountain-fed pool, with decorative mosses, ferns, varied blooms and shrubs, was a focal point of the show, which in its first year exhibited the works of 107 artists and crafters. 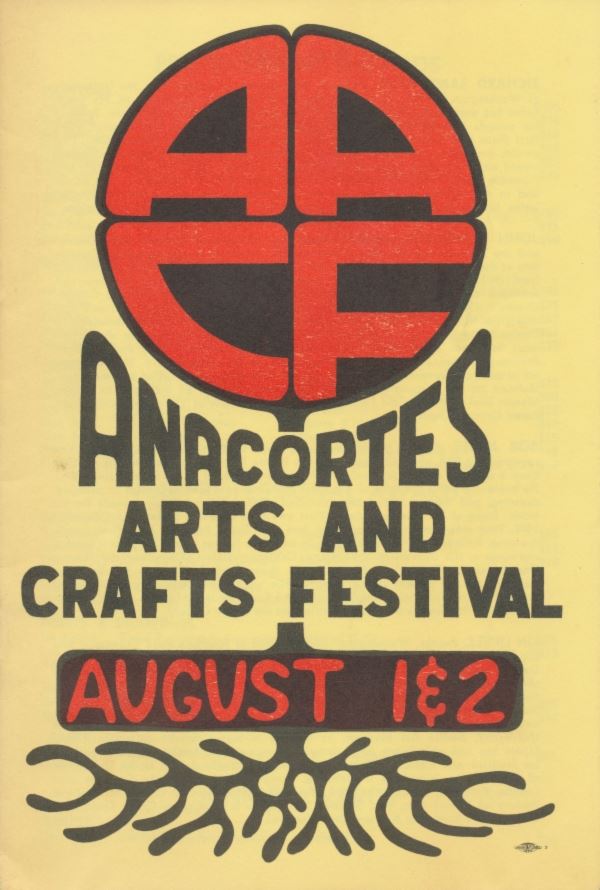 While Papritz got the AACF idea off the ground, putting it altogether wasn’t a one-man job. As usual in anything of this nature, scores of back broken volunteers never make even the small type. But without them, the show might just not go on.

Names which were enumerated as festival leaders appeared in a July edition of the Anacortes American. For history’s sake we repeat:

Larry Erickson, then an Anacortes architect with offices now in Mount Vernon, was in charge of the entire mall design.

Winners in the professional art division: Philip McCracken of Guemes, Pauline Manners of Ferndale and Erskel Thomas Jr. of Everett for “Dog Salmon,” “Flowers,” and “Red Birds,” respectively. The lone sculpture award was won by a Chuck Stavig of Bellingham, titled “Blue Woman.”

We don’t think it inappropriate, Jack, that you step forward for deserved applause. It’s a long time since that night at Perry’s restaurant, beachwood logs crackling in the fireplace, when you threw out the challenge and the community took the bait. 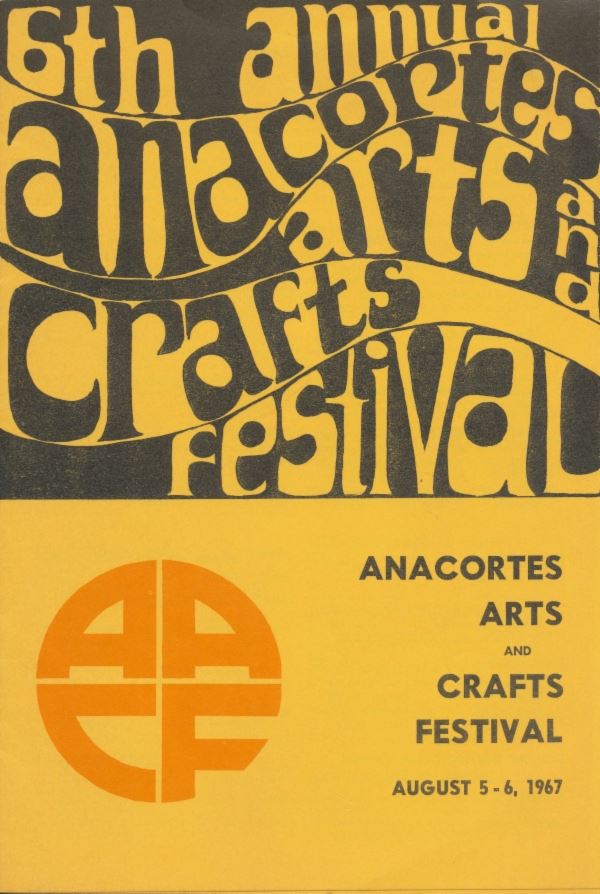