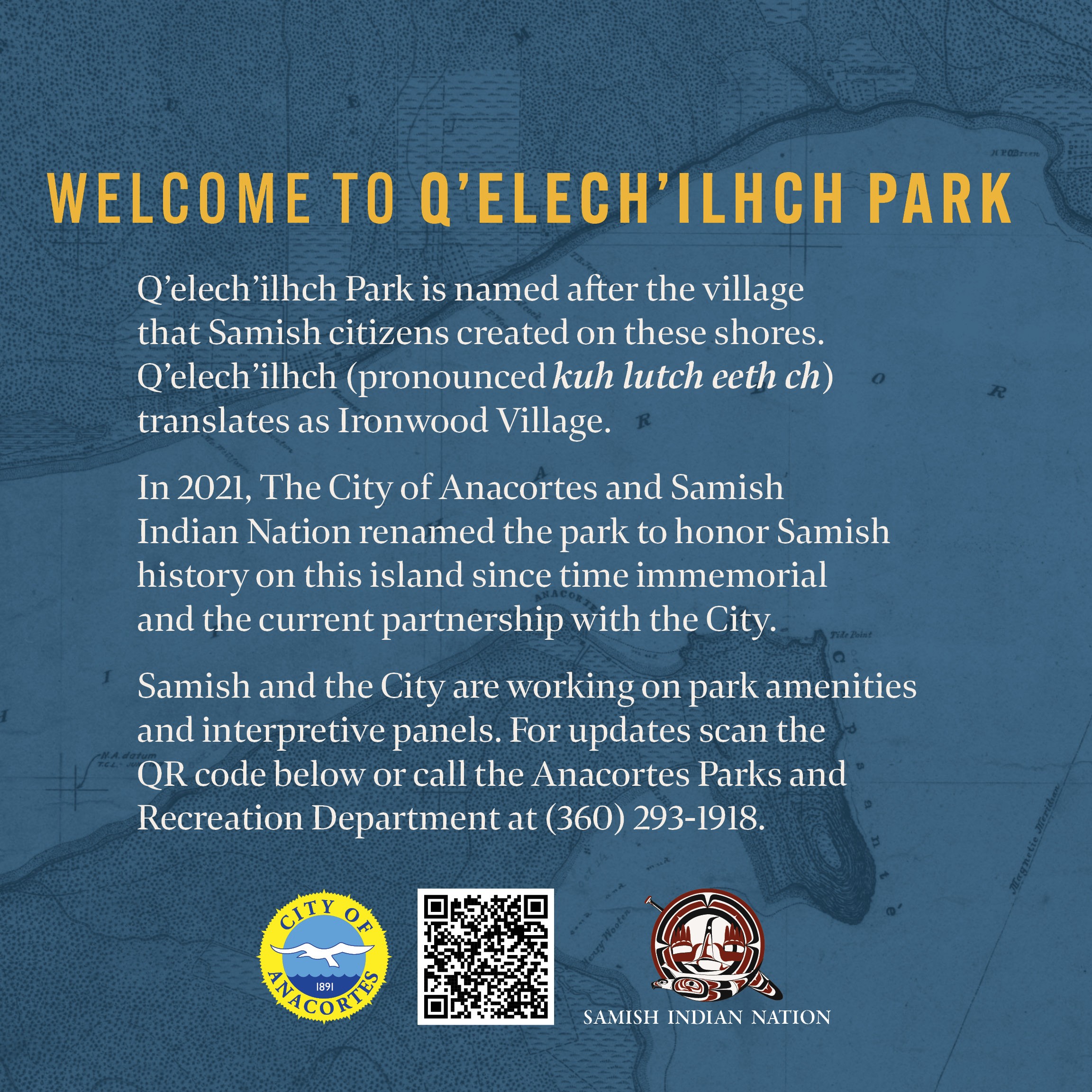 To honor Samish history on this land since time immemorial and the current partnership with the City, in 2021, The City of Anacortes and the Samish Indian Nation renamed a park where the north end of N Avenue meets the Guemes Channel.

Listen to Pronunciation of "Q'elech'ilhch"

Samish and City staff are meeting to develop plans for interpretive panel design and other amenities at Q’elech’ilhch Park.

An ongoing project of a present day look at historic Coast Salish locations throughout the San Juan Islands and Strait of Georgia. The goal of the map is to prioritize the Samish relationship and history with this territory that have been here since time immemorial over the contemporary names that have been normalized only relatively recently by today’s broader society.

The Coast Salish Placenames of the San Juan Islands

Samish People occupied much of the San Juan Islands for thousands of years before European contact. This timeline shows the history of the Samish people on and around Fidalgo and Guemes Islands.