A Tribute to Anacortes Bowling

Bowling alleys have had a prominent place in the City of Anacortes' history from its very early days. In June of 1891, the one-month-old city passed Ordinance No. 9 "to provide for licensing and regulating the keeping of gaming tables and bowling alleys" for hire, and set the fee at $10 per alley per year. Offering free play did not provide an exemption. The ordinance stipulated that if players bet on the outcome, requiring the loser to buy a round of drinks or cigars from the host establishment, then the alley was deemed "for hire" and subject to the licensing fee.

It took more than a decade before a truly modern bowling alley was established in town. The first mentioned in the Anacortes American was Ernest Rhine's $1,700 Brunswick bowling alley, which opened in November of 1904 on 5th Street "near Judd's photograph gallery." This was to be a wholesome operation. "Mr. Rhine will at all times maintain the best of order and ladies will be admitted at any and all times," the American reported on Nov. 24, 1904. "There will be no rowdyism, the alley will be conducted as a strictly moral and first-class place." By September of 1905 Rhine had added a third lane. His brother Bert was soon operating the business, and sold it to Gene Woodin in 1907. 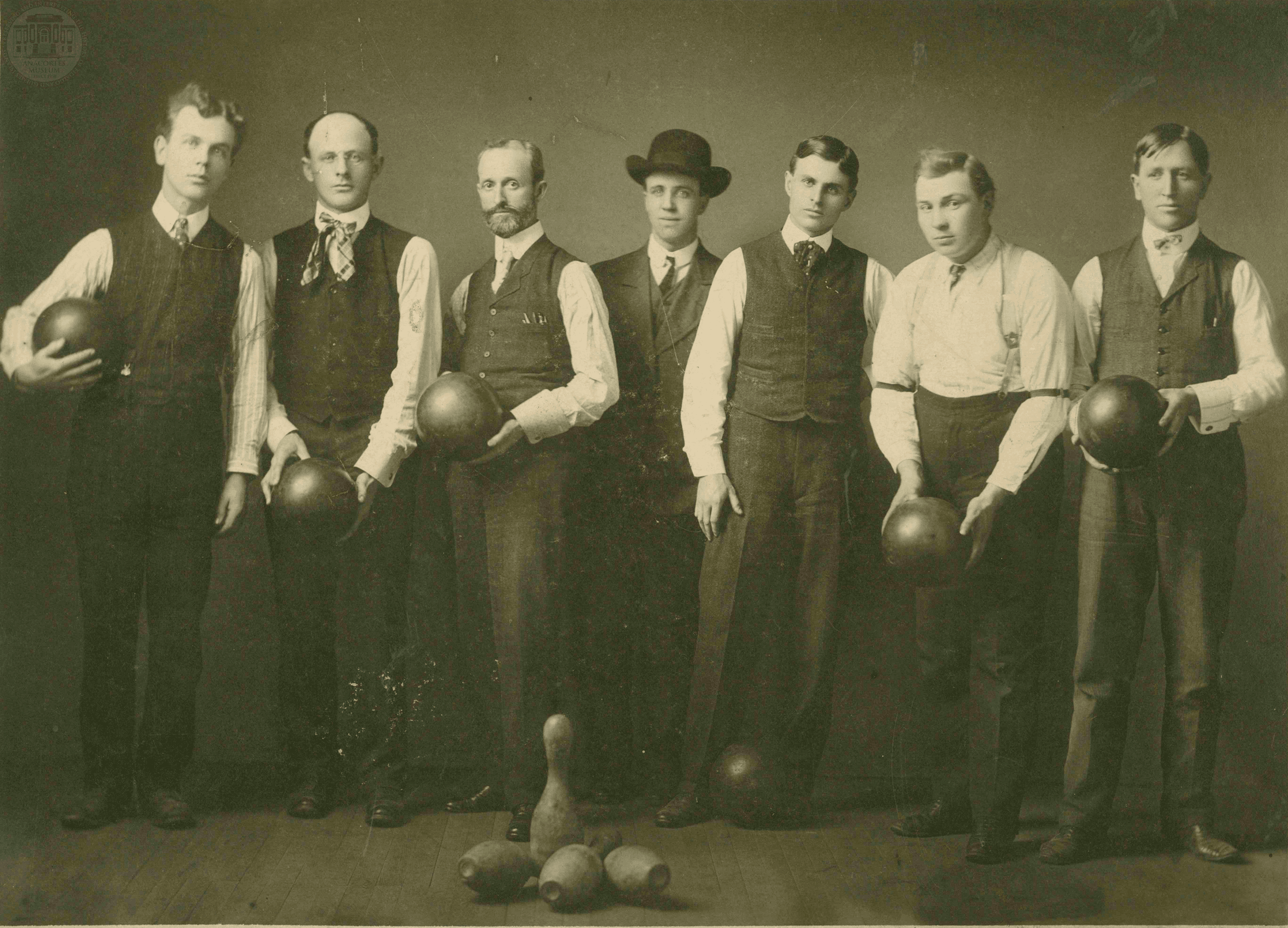 In late 1908 Glen Wilkins (a local bowling champ) and Lea Dodge began construction of a 25x100 foot building on 5th Street between Commercial and Q, with three No. 1 Brunswick-Balke hard maple alleys. This is probably the structure behind the Majestic Inn that was demolished a few years ago. Wilkins and Dodge sold their interests the following year. The town's initial bowling mania in town cooled after the early 1910s, at roughly the same time the state's voters enacted liquor prohibition.

In January 1914 a bowling alley at 303 Commercial was removed to make way for a second-hand furniture store. That year, construction plans for the Elks Club's new lodge at 6th and Q included a provision to add a future bowling alley, then the mention of bowling disappears from the pages of the American for the rest of the decade and into the 1920s. Bowling was one of the activities conducted in the Elks Home, which later served as a community building and then City Hall.

In February of 1925 Glen Wilkins tried once more to establish a bowling emporium. The Anacortes American reported that he was installing bowling alleys, billiard and pool tables, cigar cases, and a soft drink bar in the old Rose Theater. But by Nov. 1, 1928 the paper reported that the Rose Theater was to be demolished. 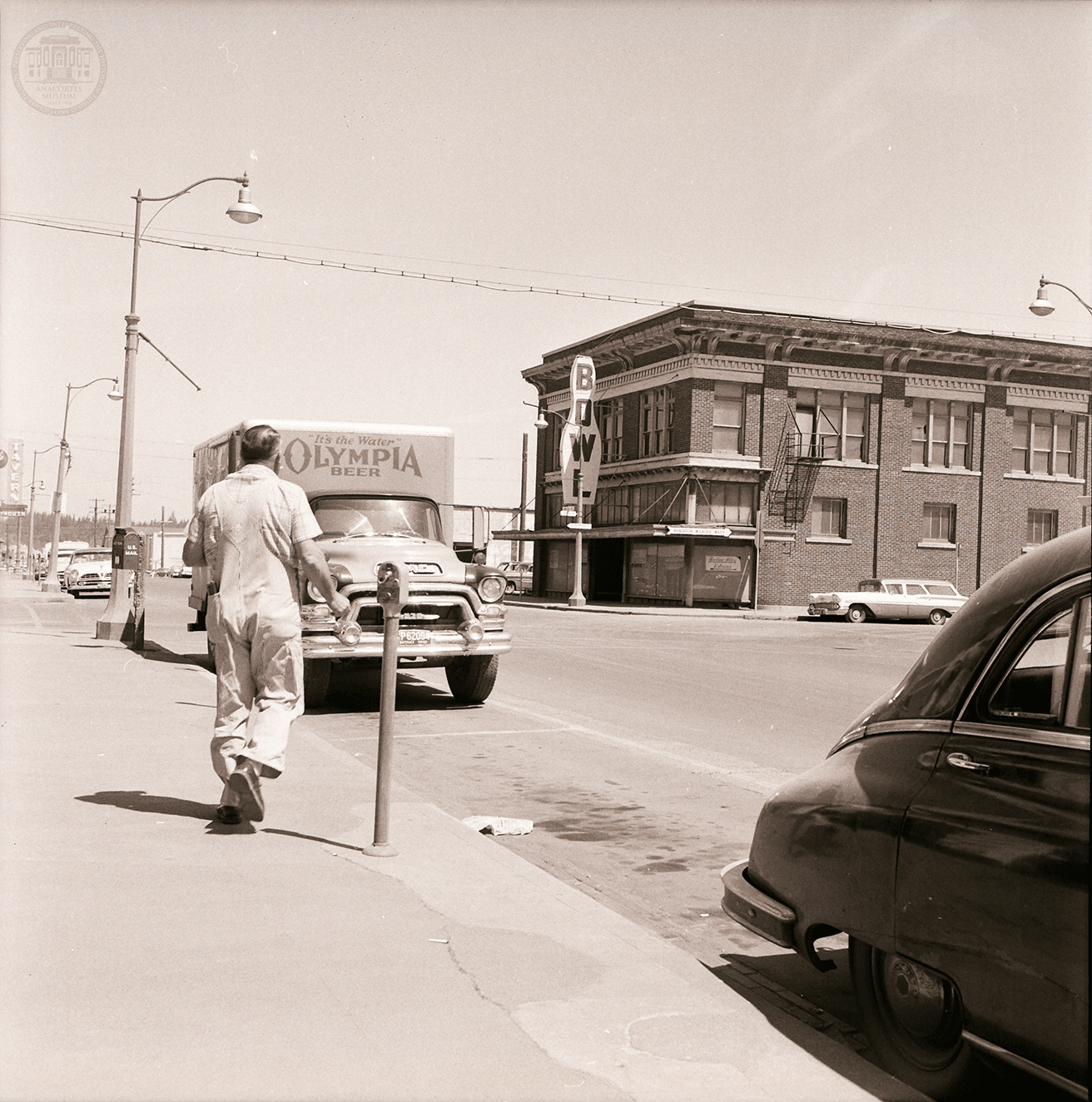 San Juan Lanes while it was located at the Phillips Building, 918 4th St.

San Juan Lanes opened in the early 1950s on the second floor of the Phillips Building, 918 4th St., and old photos show the iconic neon bowling pin sign at this location. San Juan Lanes was successful enough to expand into a roomier facility, and construction began on the bowling alley at 2821 Commercial (the former site of the Nelson School) in August 1960. A drawing from that era shows architect Don McKee's concept for the building. This site served bowlers, arcade lovers, and connoisseurs of hearty American breakfasts for generations, until it closed its doors in October of 2020. 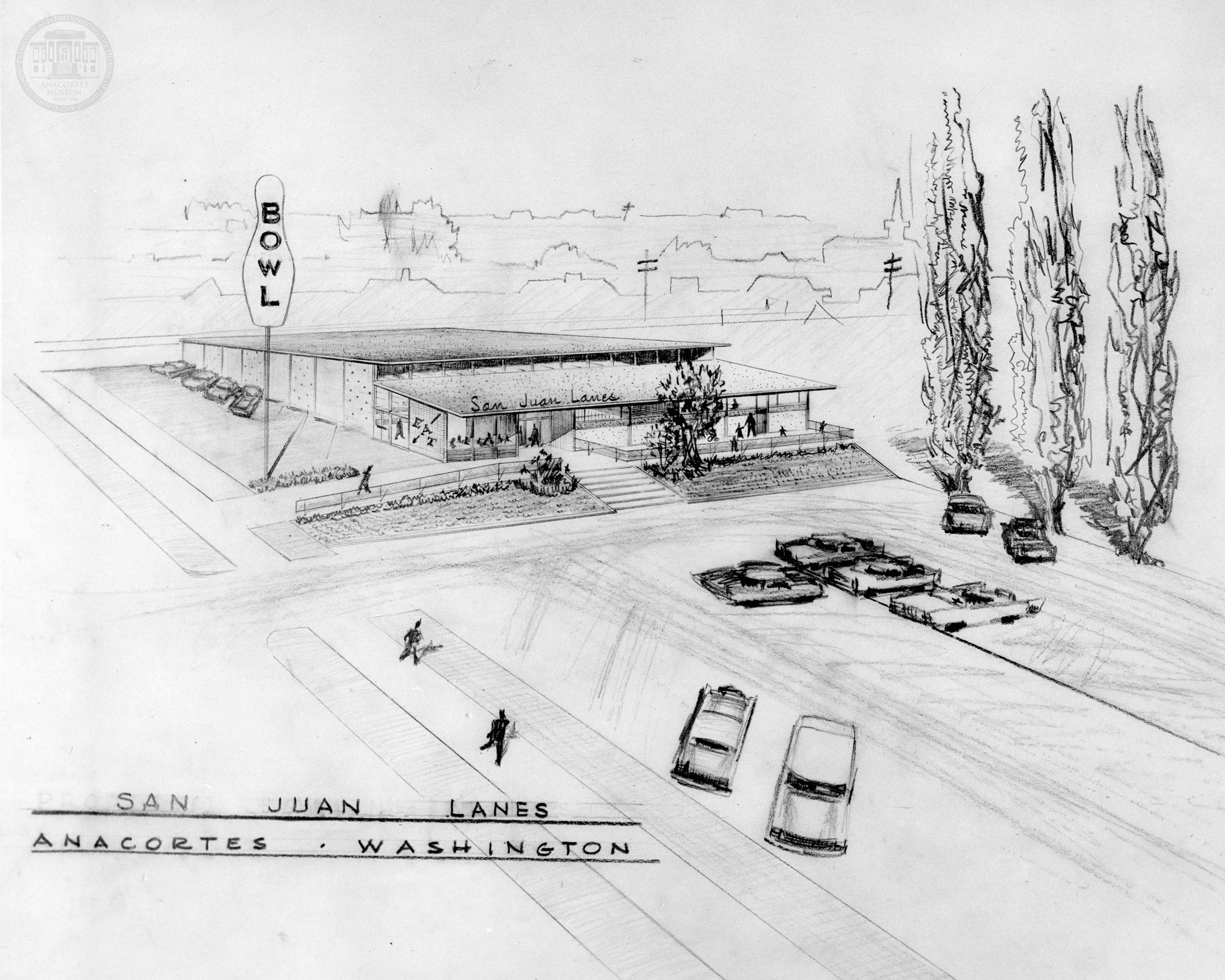