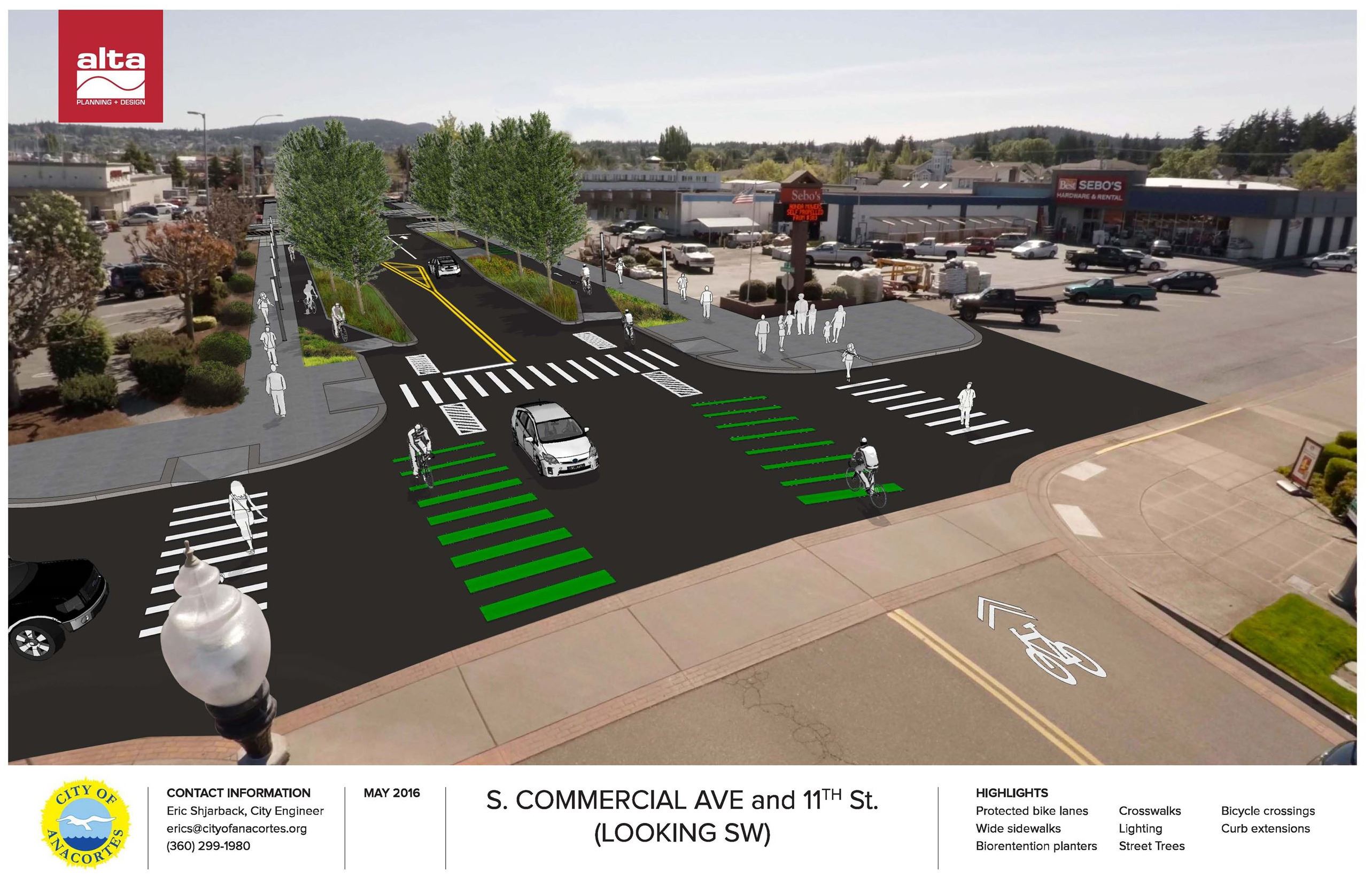 The City of Anacortes is working with design consultant firm Alta Planning + Design, Inc. on the Commercial Avenue Complete Street project, which will implement multi-modal improvements from 11th Street to 13th Street.

This project will also provide a contextually sensitive connection from the downtown central business district to the rest of the South Commercial Avenue Corridor as well as 12th Street.

Please take this opportunity to review information on the Commercial Avenue Complete Street Project at a Virtual Public Open House website by Alta Planning + Design.
Consider the project and register your comments with the design team. Also please pass along the website to any and all who should see it.
The Virtual Public Open House will be active until the end of January 2021. The project team will be presenting the project to the City Council in early February with a recommended alternative to begin design of the project. 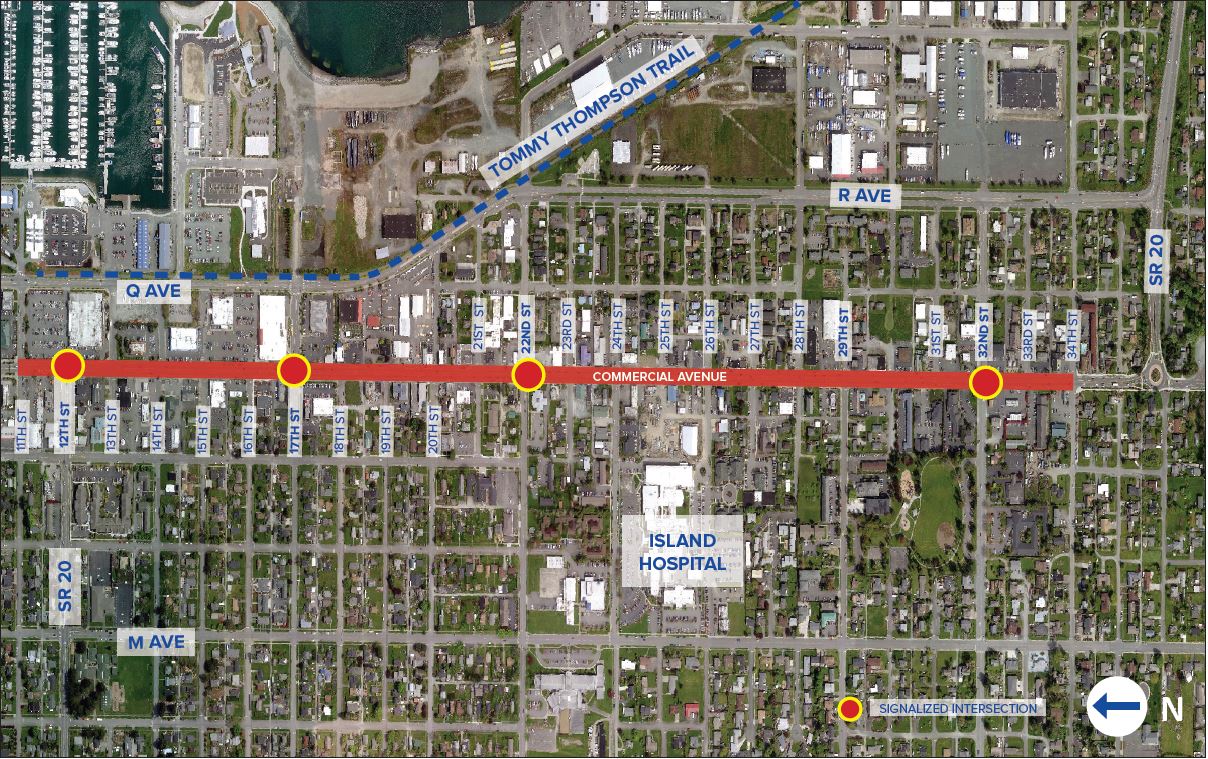 The Complete Street Project is part of the city’s South Commercial Avenue Corridor Plan, which aims to make the corridor safer for walking and biking as well as strengthen economic development between 11th and 34th streets.

The design includes wide sidewalks and protected bike lanes on both sides of the roadway with a planted buffer along the parking lane. Reduced lane width and planted medians will further improve safety by managing vehicle speeds and shortening pedestrian crossing distances.

Alta Planning + Design began its design process with four alternatives for the 12th Street intersection. As a result of what was heard at a December 2019 open house and a subsequent City Council meeting, two of the options, the protected intersection (signalized) and the roundabout, were selected for study in more detail. 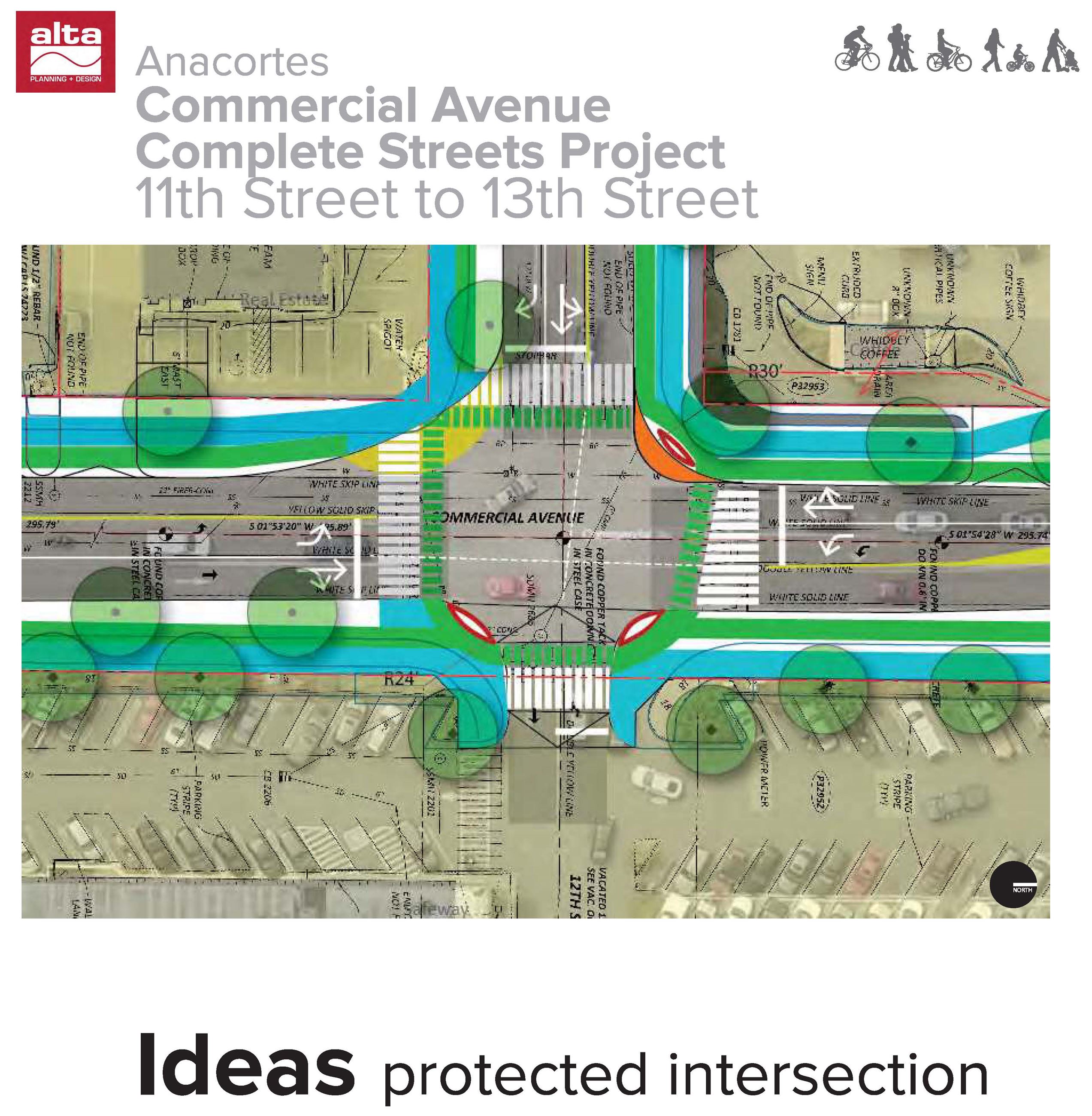 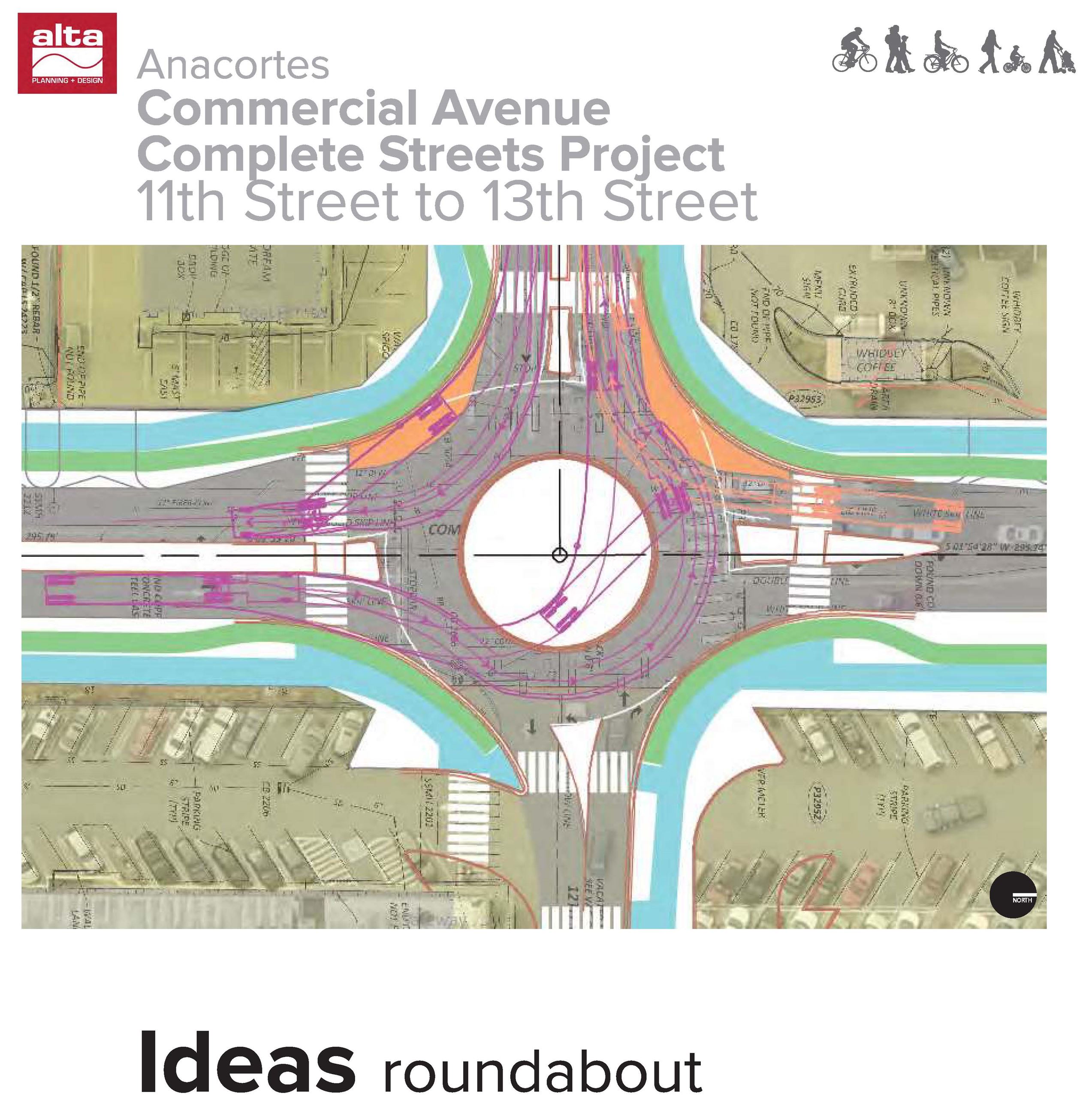 The evaluation criteria includes how the intersection alternatives impact traffic flow as well as pedestrian and bicyclist safety. 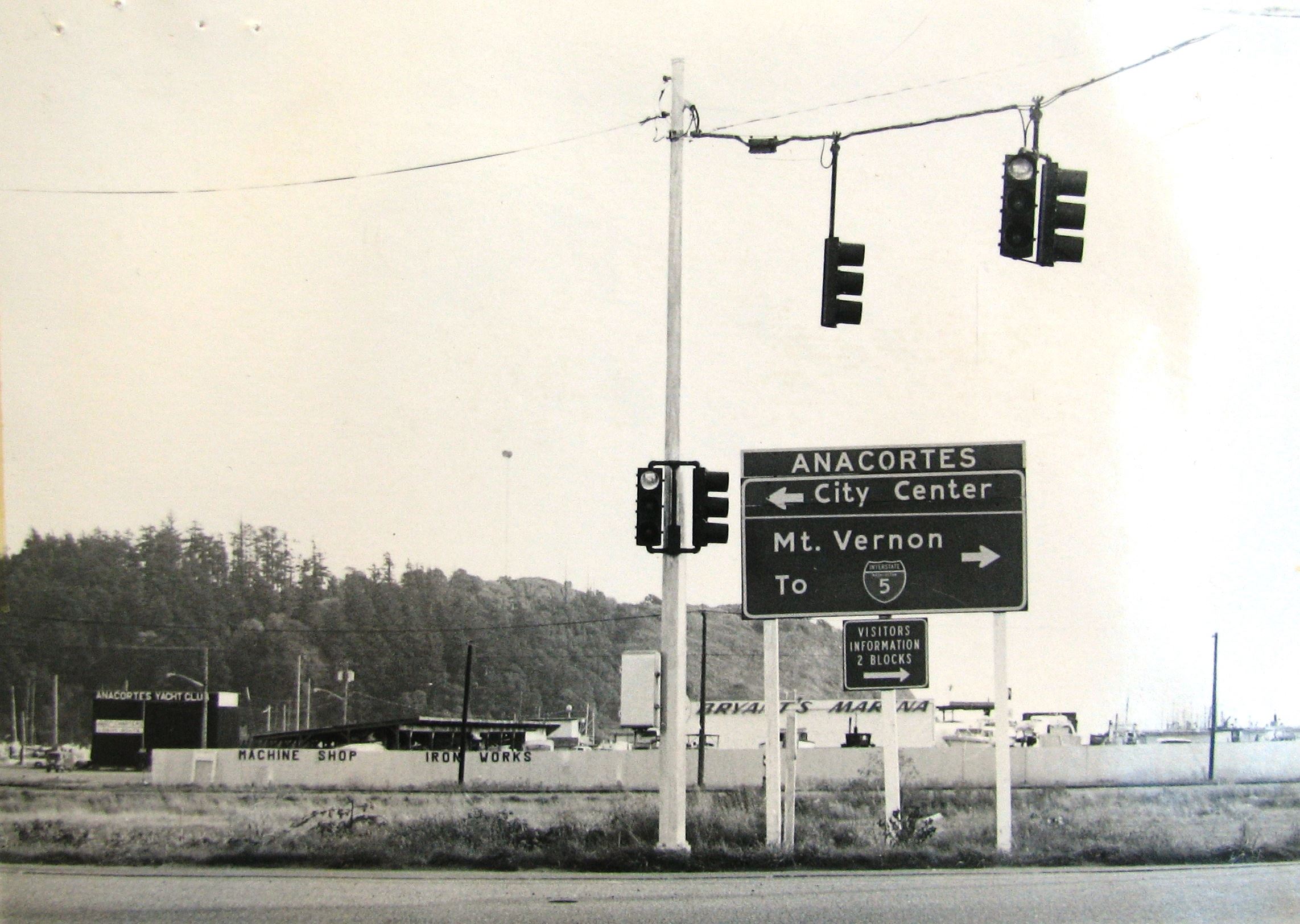 South Commercial Avenue has minimal bicycle and pedestrian accommodations. Along the corridor there have been 10 pedestrian and bicycle collisions in the last three years. There is also public sentiment to improve the aesthetics and economic vitality of the area.

In late 2015, The city received a grant from WSDOT to develop a concept design that improves roadway facilities for non-motorized uses between 11th and 34th streets.

In January 2016, Alta Planning + Design began the design of the South Commercial Avenue Corridor Plan with a public open house to get feedback from the community. Later that month, the design team presented three alternatives to city staff.

In summer 2019, the city received grants from WSDOT and the Washington State Transportation Improvements Board for design and construction of improvements in the two-block area from 11th to 13th streets.

In November 2019, the city began the conceptual design phase of the Commercial Avenue Complete Street project.

In December 2019, Alta Planning + Design introduced the project to the public through an open house and a City Council presentation.

The Commercial Avenue Complete Street project is estimated at $3,500,000. 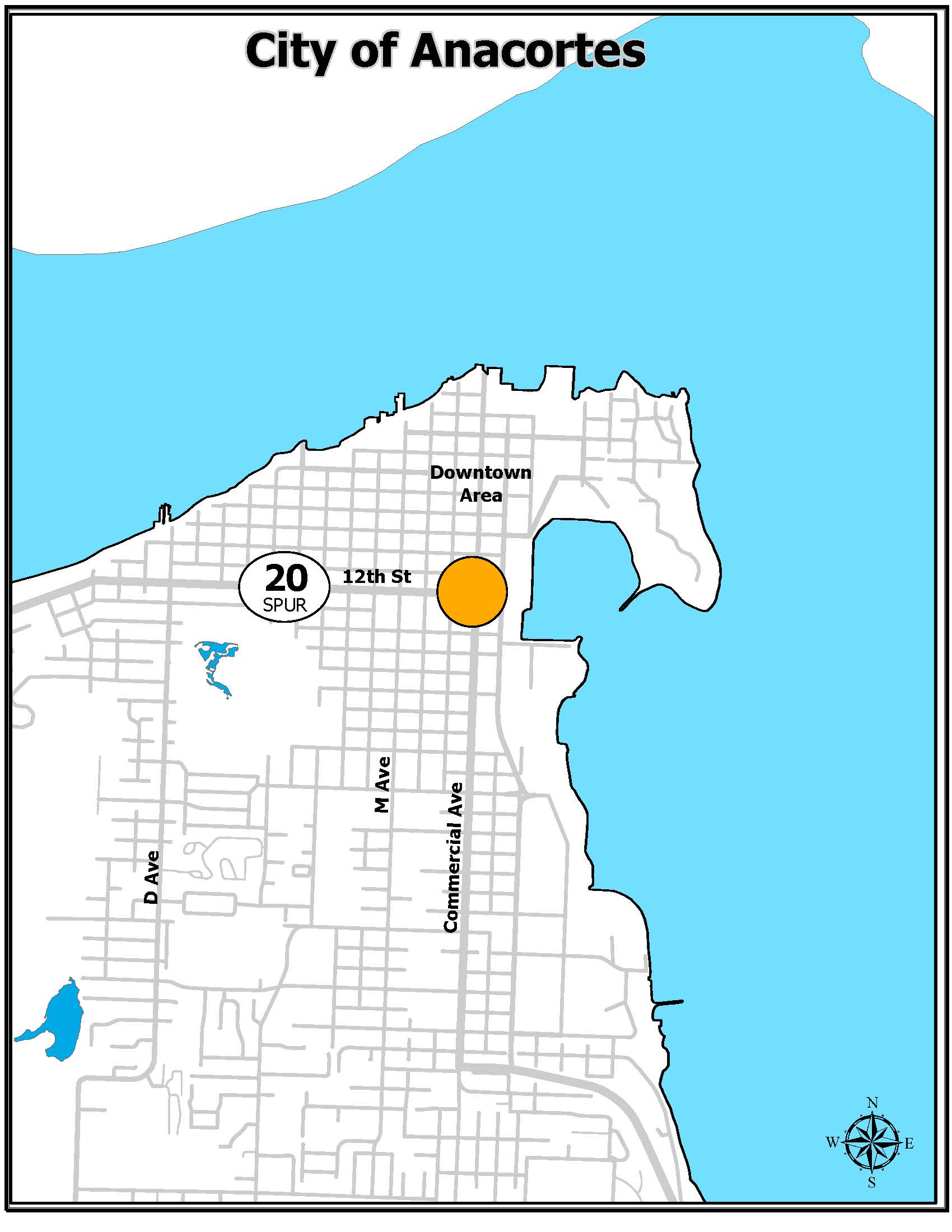 The Commercial Avenue Complete Street Project will cover the two-block area from 11th Street to 13th Street. The project will advance a "complete street" that will safely accommodate vehicles, cyclists and pedestrians.